Students at Fort Saskatchewan High School attended an assembly with a powerful message on December 11.

The Fort Saskatchewan 5th Generation Network, a collaboration between the Families First Society, the Boys and Girls Club and Restorative Justice, presented “Intimate Partner Violence’ to the students. The presentation highlighted the warning signs of an unhealthy relationship as well as actions to take if you are a victim of one.

“We received funding to put programs on in our community that reduce family violence,” said Leslie-Ann Oshust, network member of the 5th Generation. “We hope to show younger people that domestic violence doesn’t just happen to older people. From this presentation, hopefully they will better understand the signs and be able to take action before it is too late.”

The ‘Intimate Partner Violence’ presentation is part of a speaker series, which promotes healthy relationships.

“We’ve been giving these talks throughout the lower mainland and various high schools,” said Cpl. Bilmer. “We hope to raise awareness and help to prevent future violence.”

“A lot of people assume it is just physical violence. If you are being threatened by someone you dated two years ago, that can still be considered intimate partner violence,” she said.

“For example, we have a girl who works at the local Starbucks and just broke up with her boyfriend. After she breaks up with him, she starts noticing he is showing up at her work. He isn’t yelling at her or screaming, he is just sitting in the corner. Watching her,” she said.

Her example went on to describe the manner in which abuse can escalate.

“At first the behaviours might just be annoying, but at some point, those stalking behaviours are going to cause someone to be fearful,” noted Cpl. Bilmer.

Helping to drive the message home, a documentary was shown depicting the tragic story of Maple Batalia.

In 2011, Batalia, 19, was shot and killed by her ex-boyfriend Gary Dhaliwal in Surrey, British Columbia. Dhaliwal, who admitted to her murder, was sentenced to life in prison in 2016.

Batalia met Dhaliwal during her grade nine year in school.

“When Gary and Maple’s relationship began, it was exciting. They were both in a happy place,” said Aujla. “There were many red flags over the course of their relationship that none of us (her friends) picked up on.”

Aujla cited Dhaliwal’s drug use, which began in his grade 11 year, as a factor that changed his personality.

“In grade 11 he got into fights and started using drugs. It changed who he once was. He used to be kind, funny and always there for his friends,” she noted.

Aujla explained how Dhaliwal became jealous and possessive of Maple, eventually physically abusing her unbeknownst to her closest friends.

“Being so unaware of what abuse looked like, we didn’t realize what was actually going on in their relationship, until it was too late,” explained Aujla.

She added that Dhaliwal’s behaviour escalated even more when Batalia tried to break off her relationship with him.

“He would ‘power call’ her…50 times a day,” she said. “His jealousy, rage and anger just grew. He threatened suicide.”

Aujla felt that if only they had been aware of what an unhealthy relationship looked like, Batalia’s friends could have intervened and perhaps prevented the tragedy.

“It never crossed our minds, not for a single moment, even though all of these signs were there, that Gary would kill Maple,” she said.

At the conclusion of the presentation, Cpl. Bilmer wanted to gauge the effectiveness of the information.

“With a show of hands, how many of you feel like you would be better able to recognize warnings signs of intimate partner violence after hearing us speak today?” she asked the crowd of students.

Nearly every hand went into the air.

The 5th Generation Network, whose mandate is to provide programs and services to target and reduce family violence, has been operating in Fort Saskatchewan for the past five years.

This site uses Akismet to reduce spam. Learn how your comment data is processed. 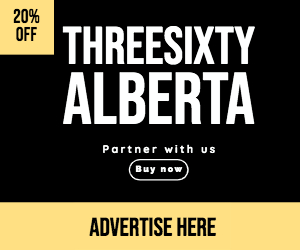 rammy Award Ceremony took place January 26 and we take a look at some of the best dressed celebrities of the night.

Bruderheim Council Votes to Put Off Decision on Junior A Hockey